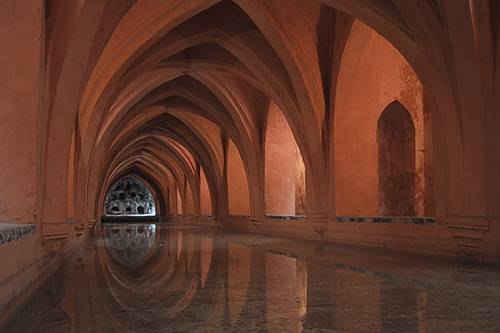 A better courier experience
I haven't had the best experience with Purolator courier in all of my years of sending and receiving of packages. I've had packages lost for weeks, outrageous custom brokerage fees, and confused and unhelpful CSRs to name a few of the annoyances. Whenever I see one of the trucks on the road, my blood pressure usually rises up a notch.
I'm currently awaiting delivery of a shiny (ok more like matte) grey Dell quad-core PC. The trouble with couriers and home delivery is typically the customer needs to await delivery of the package during business hours (9am - 5pm) and it is often difficult to know exactly what day a package will arrive.

More often than not, I miss a delivery and have to drive out to a shipping depot near the airport or some other obscure location in order to pick up my package: certainly not convenient considering the premium one pays for courier service.

But yesterday I actually had a good experience thanks perhaps to some combined ingenuity with Dell: I received an automated phone message indicating that my shipment would arrive January 14th (still between 9am - 5pm) and allowed me to directly reach a Dell representative or receive additional information from Purolator on delivery options if I am be unable to accept the package as scheduled.

Sure enough, checking my Purolator tracking information the shipment in on a truck for delivery today. While I still need to physically be at home today, at least I knew what day it would show up: a step in the right direction. Hopefully the couriers think of more novel ways to please the non-business customer: perhaps provide after-hours shipping (for a premium), or provide package drop-off in partnership with large chain stores (e.g., Staples, Shoppers Drug Mart, etc.) allowing convenient local pick-up of parcels. Given the growth of online shopping these types of innovations surely are in demand and would be welcomed.
posted by Wayne at 8:00 AM | 0 comments

How much a baby can grow in a year! 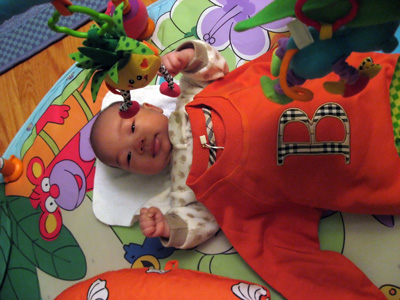 It's amazing how fast babies grow. BB got this sweater last Christmas. The sweater is so big compared to him that it can be used as a blanket. 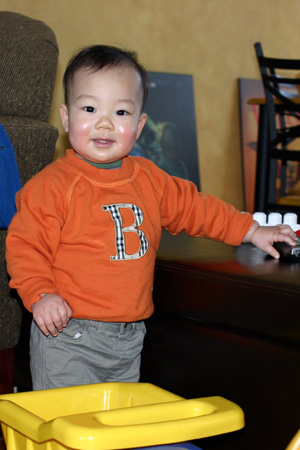 A year later ... Look, he can fit in this sweater no problem! 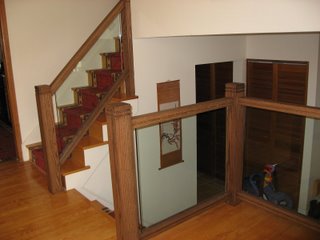 The previous owners of the home did a great job on renovations. One thing they did that was a little questionable was the removal of railings on the stairs and on the landing leaving a 3 ft. drop off exposed. It actually makes the living room look more open, but it isn't exactly baby-friendly.

Well after a year or so of talking about it, we finally had some railings installed. We wanted to keep the open feeling and decided to have glass railings installed. We're pretty happy with the result and glad that, once Brayden begins to crawl, he will not need to contend with a dangerous fall.
posted by Wayne at 11:08 PM | 2 comments

Cross-border shopping
Spring-time is here and it's time to replace the beat up tires on the A4. I ended up ordering some Kuhmo Ecsta SPT's from Tirerack; it's still significantly cheaper to order them from this U.S. retailer, pay for shipping, brokerage fees, duty, GST/PST than it is to pick up these same tires locally.

Perhaps the new tires will breathe some new life in my trusty A4. I still want to have some fun in the car that I drive, given Janet tends to drive the GTI.

I just picked up a copy of Radiohead's In Rainbows on CD. This may not seem special in any way, but the album was available at a pay what you want price for download back in October stretching the limits of how mainstream music is distributed. But I still prefer to have the physical CD, the art work and the plastic disc.

Sure, the first thing I did was rip it into MP3 format but there is something about having the physical CD; perhaps something I can pass down to my son someday. And when I do, he'll probably look at it in the same way we look at 8-trac or cassette tapes and wonder about his strange, old-fashioned Dad.